We envisage a renaissance of small-scale Regenerative Agriculture, creating a truly sustainable food future for everyone.

We are growing deeper connections between community and nature, supporting the transition from chemical-driven industrial agriculture to a more natural approach. By renewing our connection with land, food and health, we hope to inspire more people to live happier, healthier lifestyles. There’s never been a better time to get involved. Subscribe to the Friendly Farms network today, and find out how you can be a part of creating Healthy Land, Healthy Food and Healthy People.

We are restoring productive landscapes by rehydrating soils and increasing biodiversity.

We are growing nutrient-dense produce while improving food security and seed sovereignty.

We are increasing wellbeing and boosting natural immunity through a more regenerative lifestyle.

The Story So far…

Australia is currently suffering from the results of more than 200 years of over-extractive agriculture, which has adversely impacted our entire landscape and is now disrupting our climate.

Since the introduction of Industrial Agriculture, we have seen widespread use of synthetic chemicals and fertilizers on large-scale monocrops, coupled with massive over-grazing by livestock.  This approach has resulted in a devastating loss of biodiversity, severe soil erosion and salinity problems.

Now, we can also see Industrial Agriculture as being a major contributor to global climate change. The increasingly severe cycles of droughts,  fires and floods are driving a widespread ecosystem collapse right across our country.

We produce exciting events, field days, workshops and webinars,  linking you with the pioneers and practitioners of Regenerative Agriculture.

We use the power of storytelling to inform and inspire wider audiences by sharing personal stories and showing the  results of transitioning to a more regenerative lifestyle.

We work together on regenerative projects with other practitioners and groups by pooling our collective knowledge, skills and resources towards a more regenerative future for all.

Imagine rehydrating your land, growing abundant food forests and market gardens tended by the next wave of regenerative practitioners. Friendly Farms are creating Little Landscapes to connect with the large landscape right across Australia, promoting a more regenerative lifestyle for everyone. Ask us how you can have a Little Landscape at your home or farm today.

There is no doubt, we live in extraordinary times. We have enjoyed an era of unprecedented global prosperity. But now our hyper-connected world is becoming increasingly complex and volatile.

Providence Pantry is a bulk food providore with the expertise to deliver food security for you and your loved ones. We can save you precious time and resources by doing all the thinking and legwork required to prepare for 1 month, 3 months or even a year.

Join some of Australia’s leading Regenerative Farming pioneers and practitioners in this special online Q&A series. Together, we’re sharing inspiring stories and revealing the patterns and sequences that are encoded in the blueprint of the Australian landscape. Bring along your direct questions to help you read and restore your landscape and build resilience to droughts, fires and flooding rains. Reading Your Landscape will be back in 2023!

How can you help?

DONATE TO THE CAUSE

HELP BY SHARING OUR STORIES, EVENTS AND RESOURCES WITH OTHERS.

For over a decade, Friendly Farms have been promoting the pioneers of Regenerative Agriculture and supporting our Farmers in  Transition – both in Australia and on the world stage – from boots-on-farms to participating in the Global Landscapes Forums (GLF), UNEP Finance Roundtable and UN FCCC COP 25 Madrid (UN Climate Change conference). Relax and enjoy some of the stories we have covered over the years…

Or head over to our Youtube Channel for dozens of inspiring short films,  webinars and more! 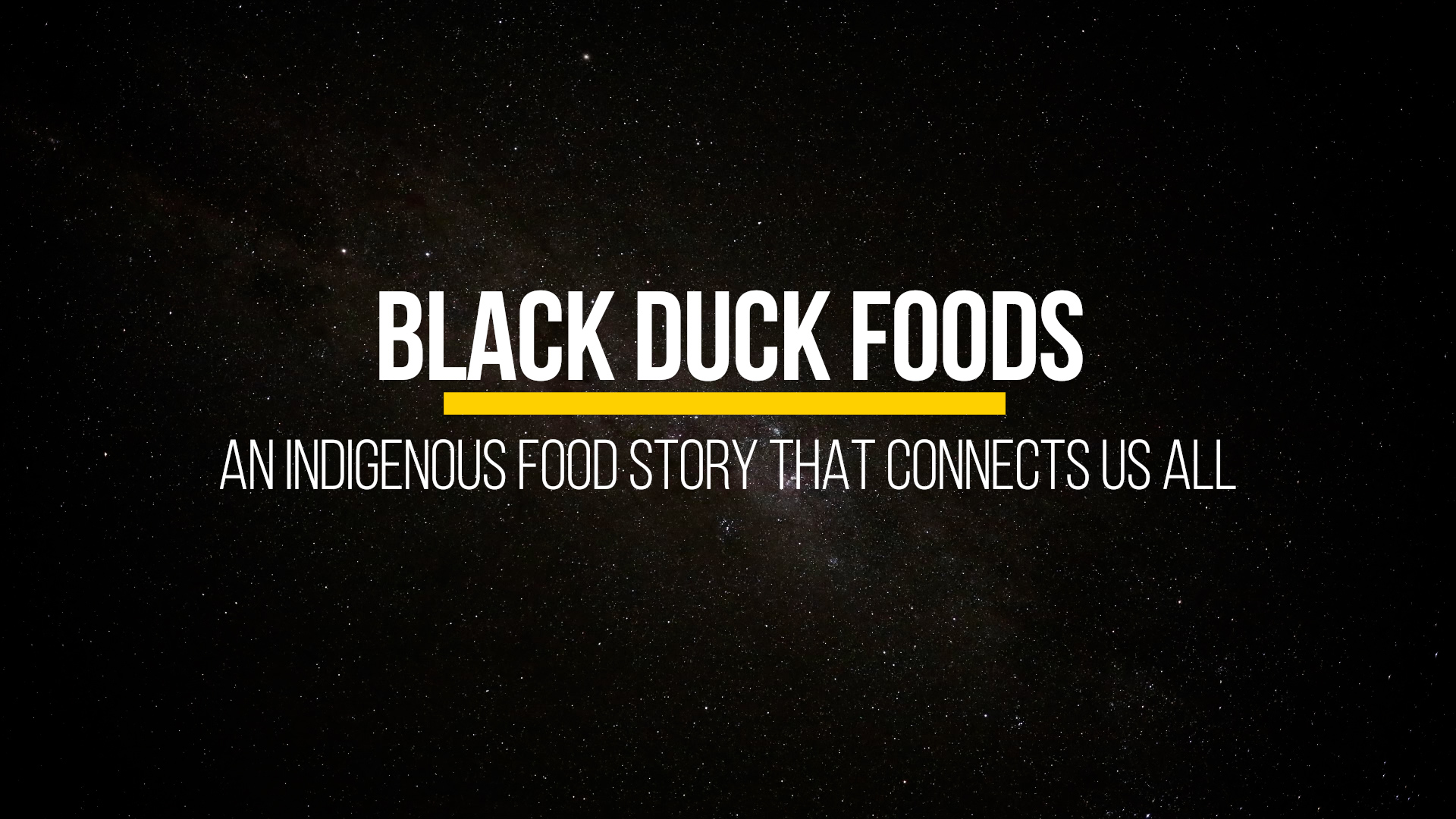 Black Duck Foods - An Indigenous Food Story That Connects Us All 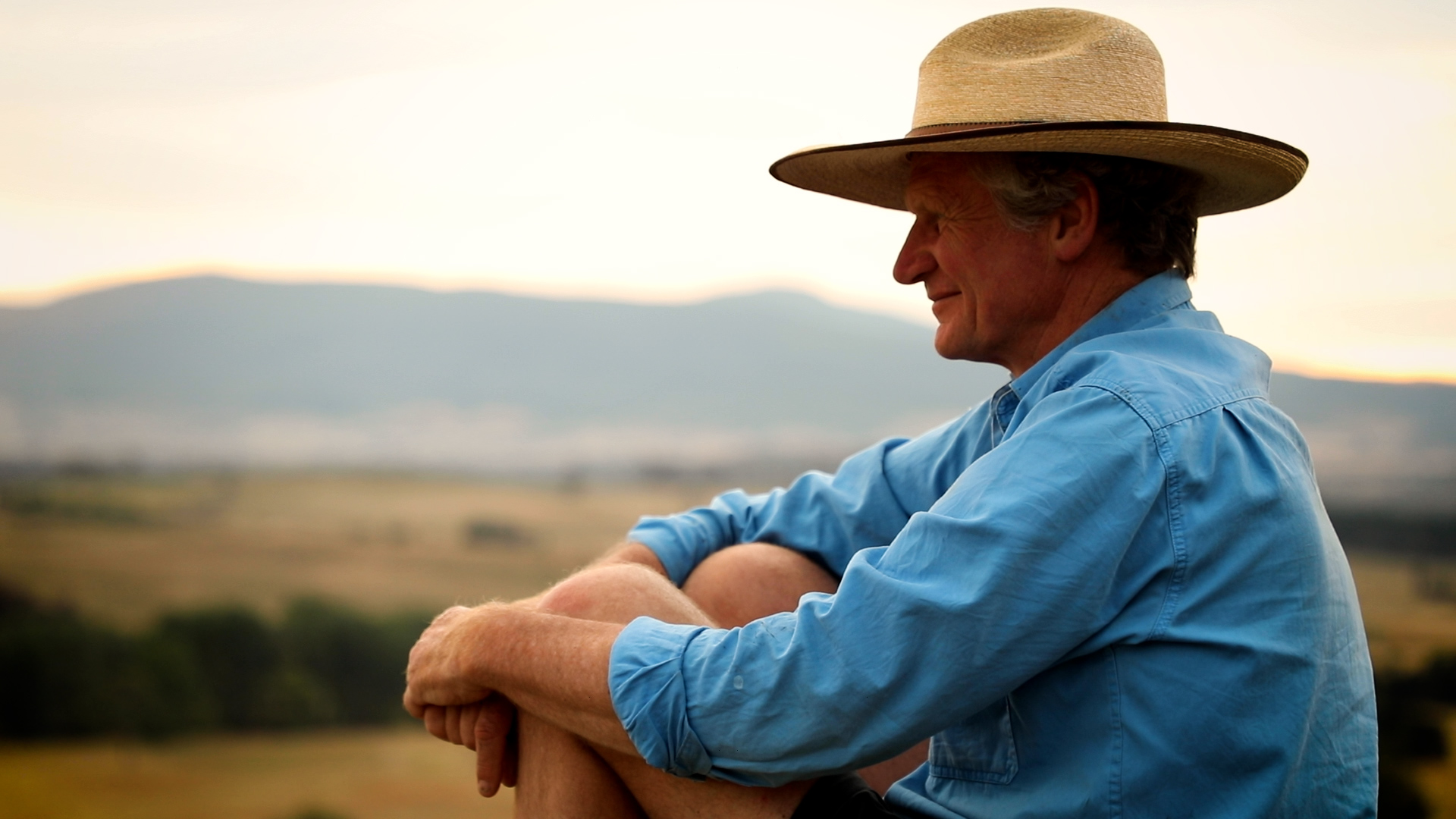 Exponential Economics of Nature, with Martin Royds at Jillamatong

Martin Royds from Jillamatong shares his journey from chemical farmer to regenerative farmer.

Peter Andrews OAM has come from Bylong Valley to Bungonia, to demonstrate the blueprint of the Australian landscape, at a scale that everyone can understand and replicate. 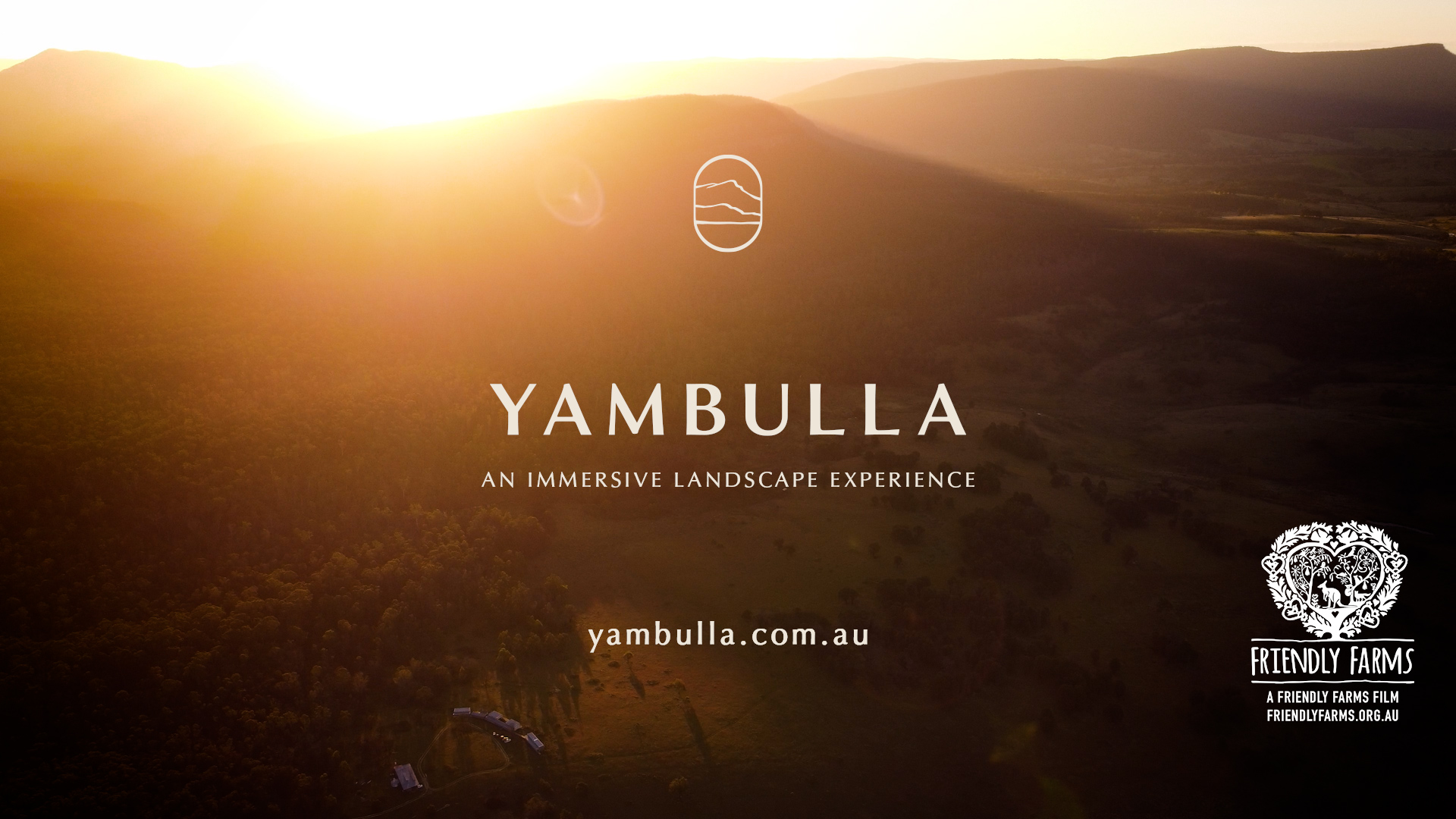 Restoring former grazing land such as Yambulla — returning the land to a ‘natural’ state — is not a passive process. It’s a constant collaboration between humans and nature. The purpose of Yambulla is to invite people into this process. 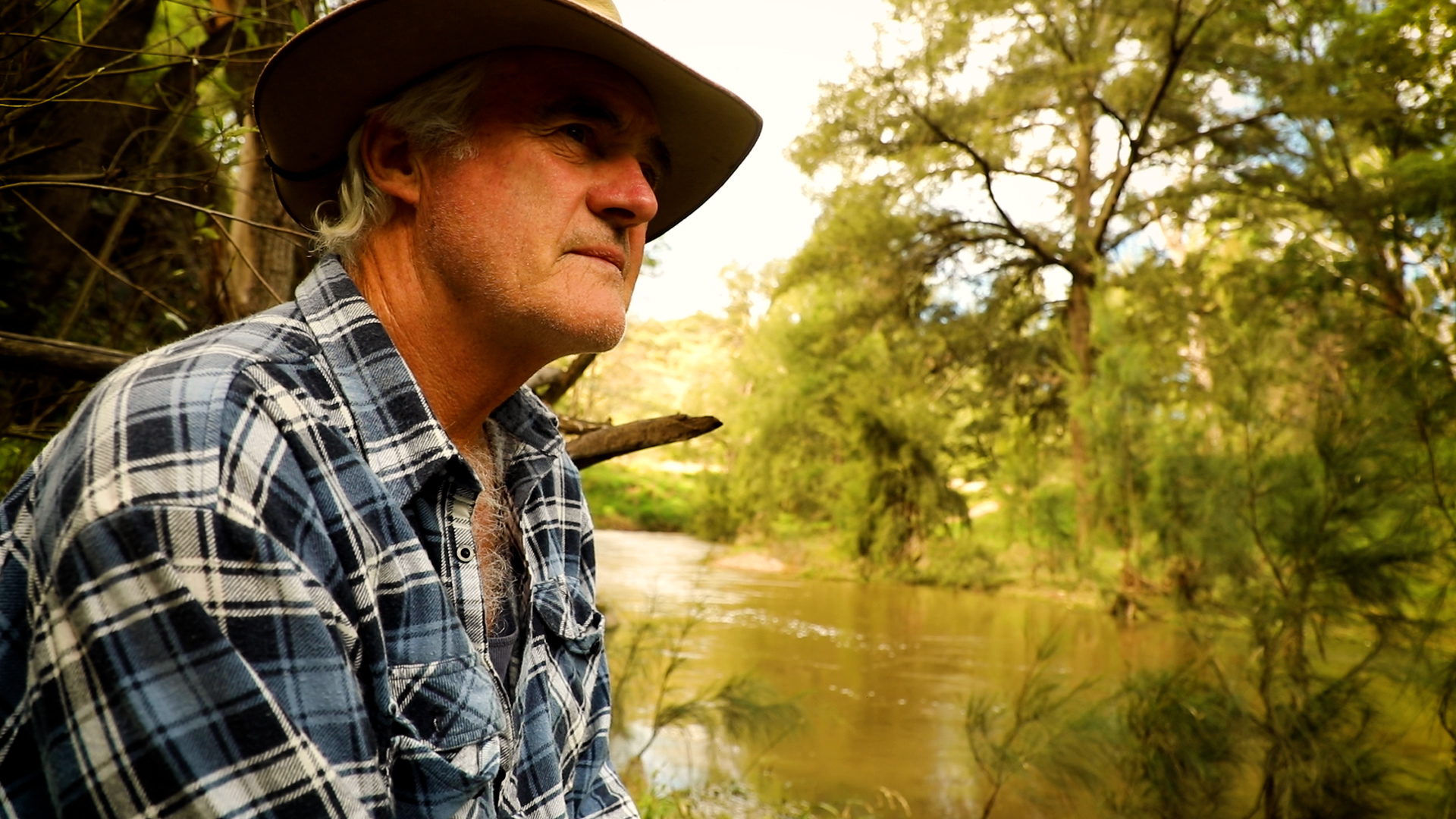 Restoring the Central West brings together the people of Bathurst, Dubbo and Orange to build regional jobs and prosperity. Future extensions can restore landscapes further out into the Murray Darling-Baaka Basin. 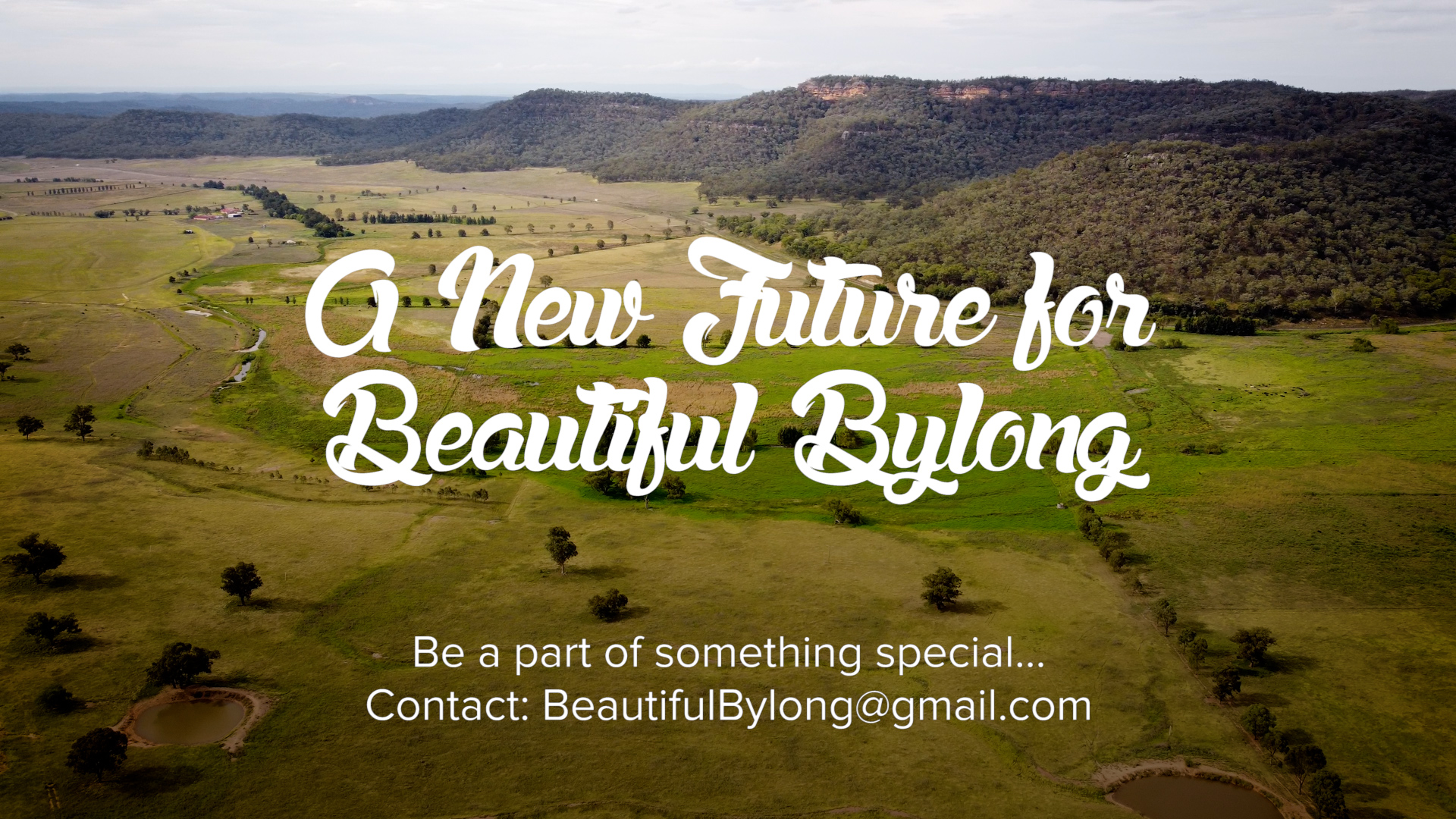 A New Future for Beautiful Bylong

The community of Bylong is calling for a new future for beautiful Bylong. Right now, there is a once in a lifetime opportunity to rebuild community and showcase regenerative farming to the world. 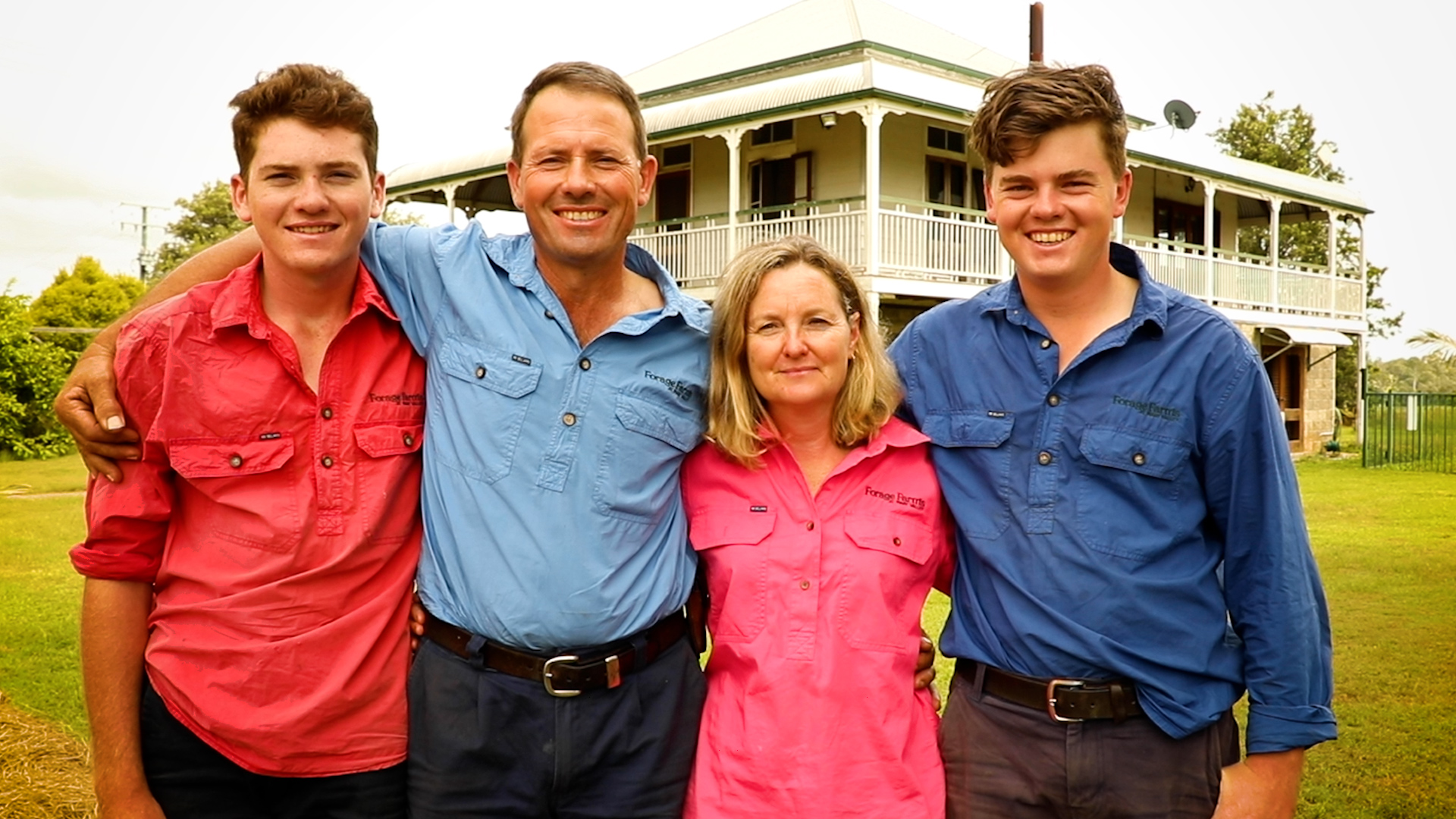 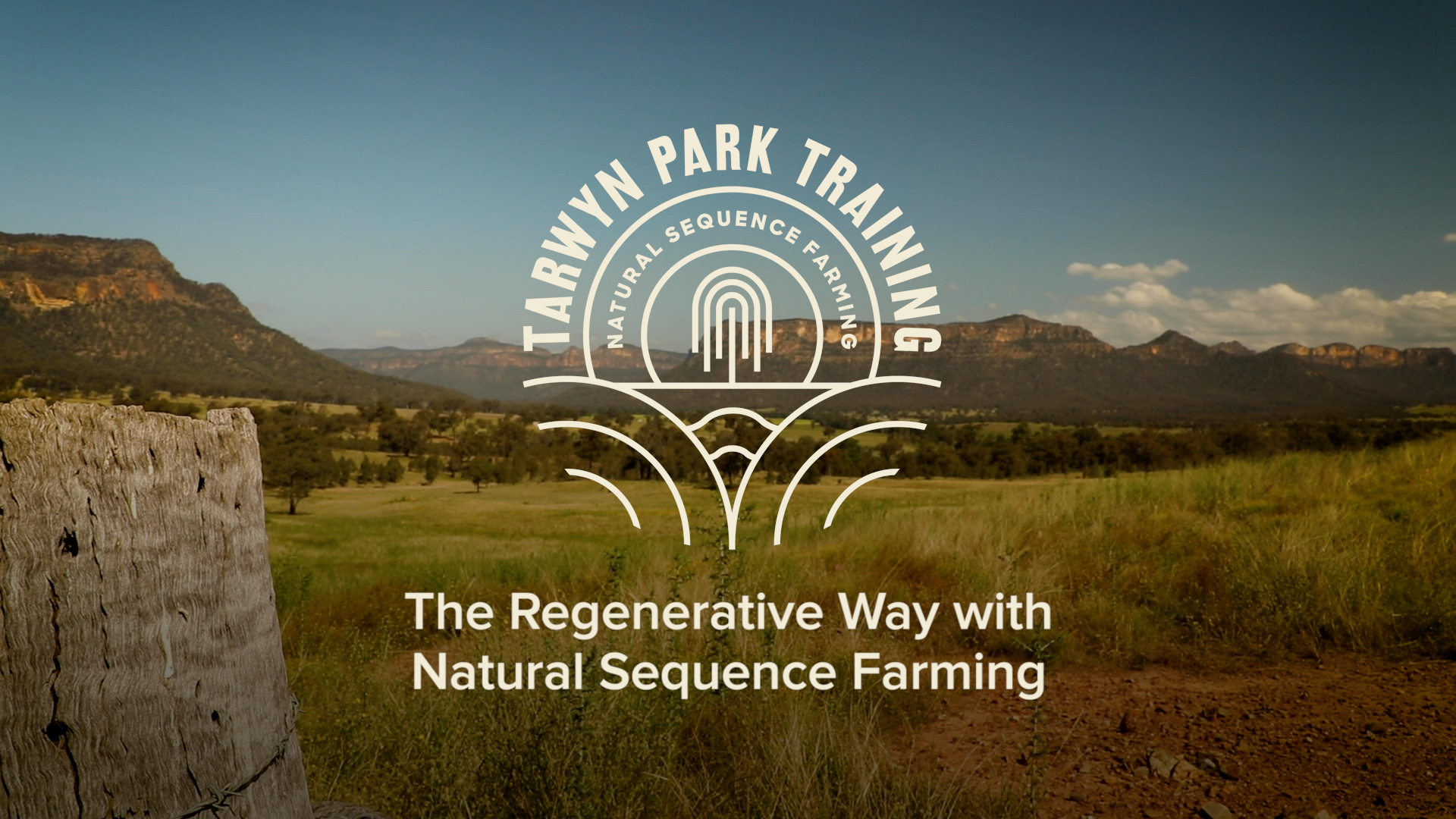 Learn the principles of Natural Sequence Farming and how to implement them into any operation. We aim to share our knowledge of landscape rehabilitation with the wider community empowering them to create change within a degrading landscape. 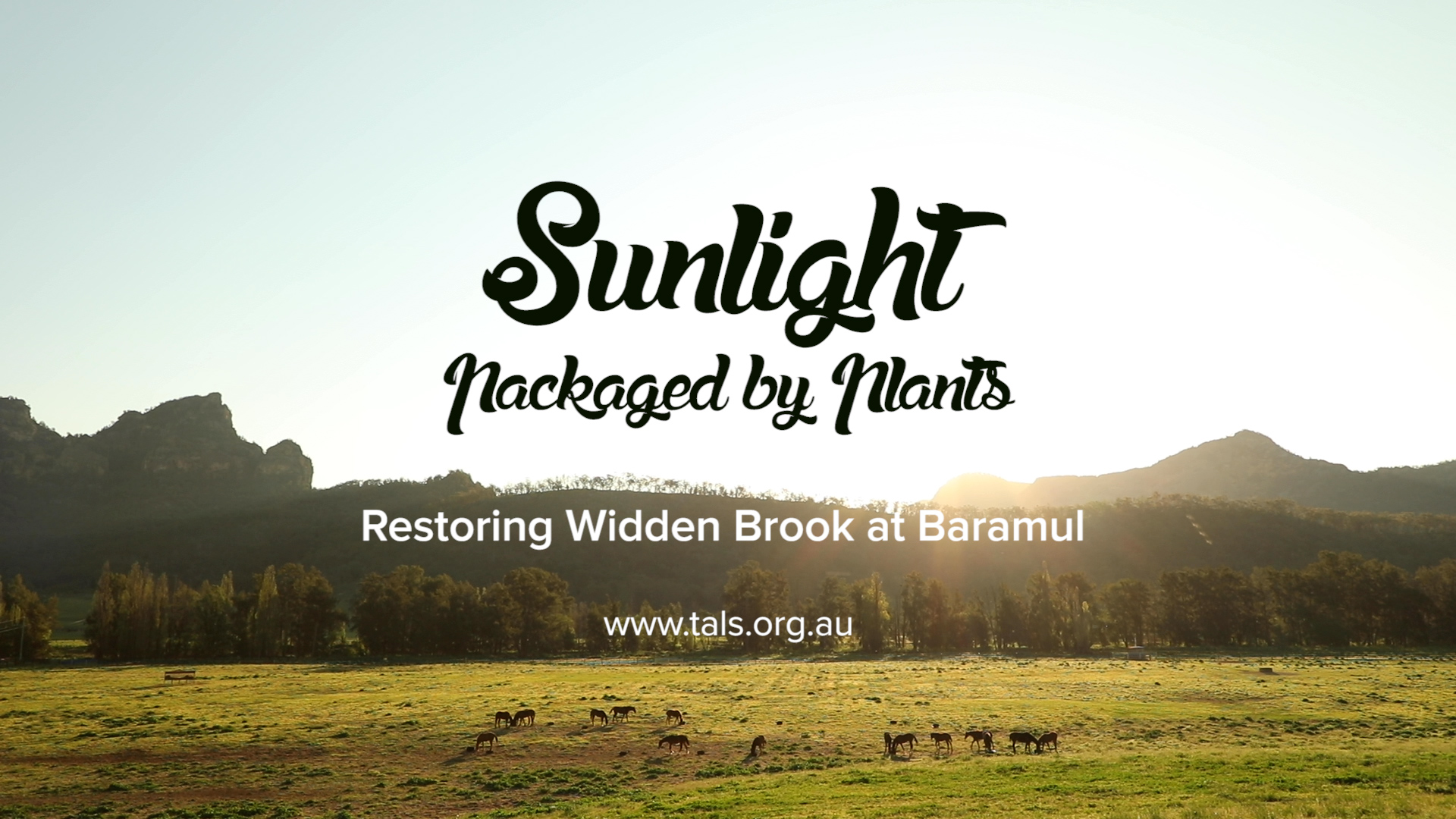 Peter Andrews OAM has been restoring Widden Brook at scenic Baramul Stud for over 15 years. Find out how Peter’s approach is rebuilding healthy landscapes, despite the most extreme cycles of droughts, fires and floods. 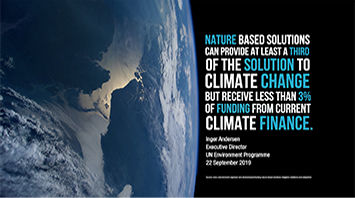 “Nature Based Solutions (NBS) can provide  at least a third of the solution to  climate change but receive  less than 3% of the funding from  current available climate finance.” 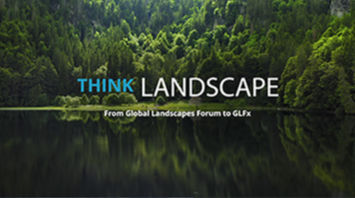 GLFx is a global community of  independently organised local  landscape chapters, where passionate  people meet in their town or city,  and meet online in dedicated  communities of practice. 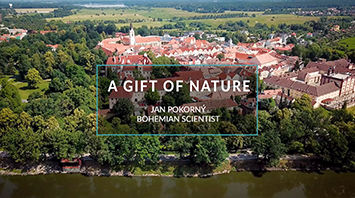 A GIFT OF NATURE  WITH DR JAN POKORNY

Which is better… the shade of an  umbrella or the shade of a tree?  A random leaf falling into  Dr Jan Pokorný’s beer in Bohemia,  sparks this intriguing question  and leads a stunning discovery… 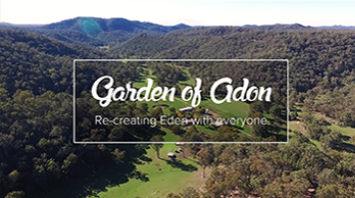 Adon holds a deep respect for natural  systems and is re-creating a vision  of Eden at Hazelcombe Farm.  He believes in working with the  landscape to live in abundance  with friends and community. 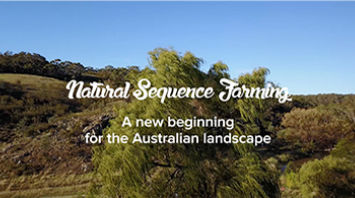 A NEW BEGINNING FOR THE  AUSTRALIAN LANDSCAPE WITH NSF

“If the Australian landscape was  better understood, we could save the  world from environmental disaster.” ~ Peter Andrews OAM 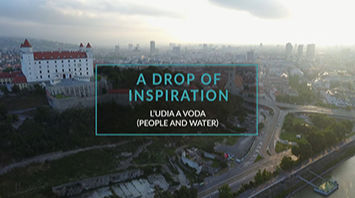 Michal Kravčík’s story about capturing  and harvesting water to rehydrate the  Slovakian landscape… a drop of  inspiration for the whole world!

KEEP UP TO DATE WITH OUR EVENTS, WORKSHOPS AND COURSES.

Friendly Farms recommends these events from across our network that are making a real difference: 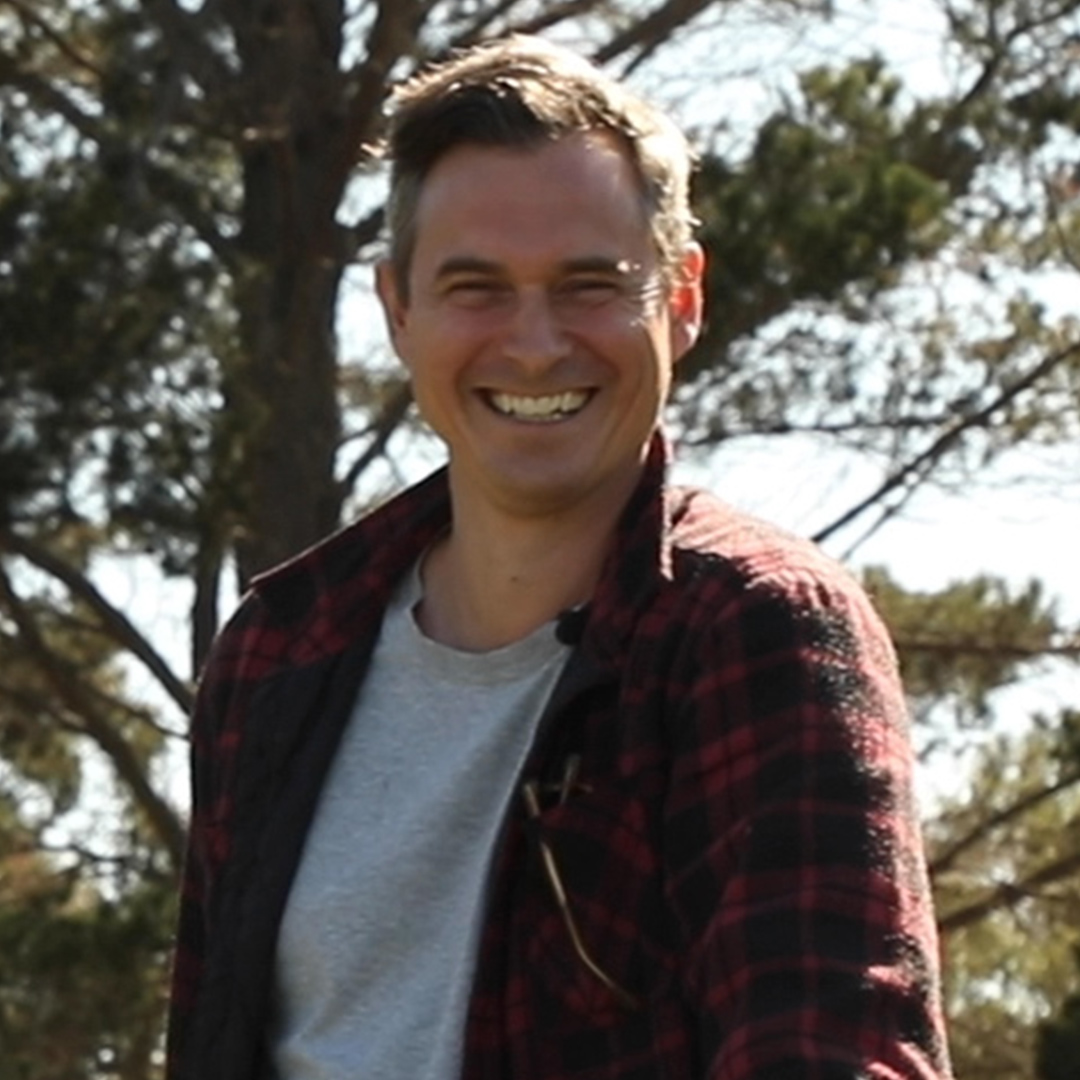 Matt joined the Friendly Farms team wanting to help make a positive change and be actively involved in spreading the good word of Nature Based Solutions and Regenerative Agriculture. Starting in Permaculture and moving through to Natural  Sequence Farming, Matt, like many others, was on a quest to find where and how to make the change, which lead him to  landscape restoration.

An artist and graphic designer at heart and from an impressive international marketing & events  background, he is instrumental in all Friendly Farms communications.

His 3 biggest strengths are relationship building,  communication and getting the job done. 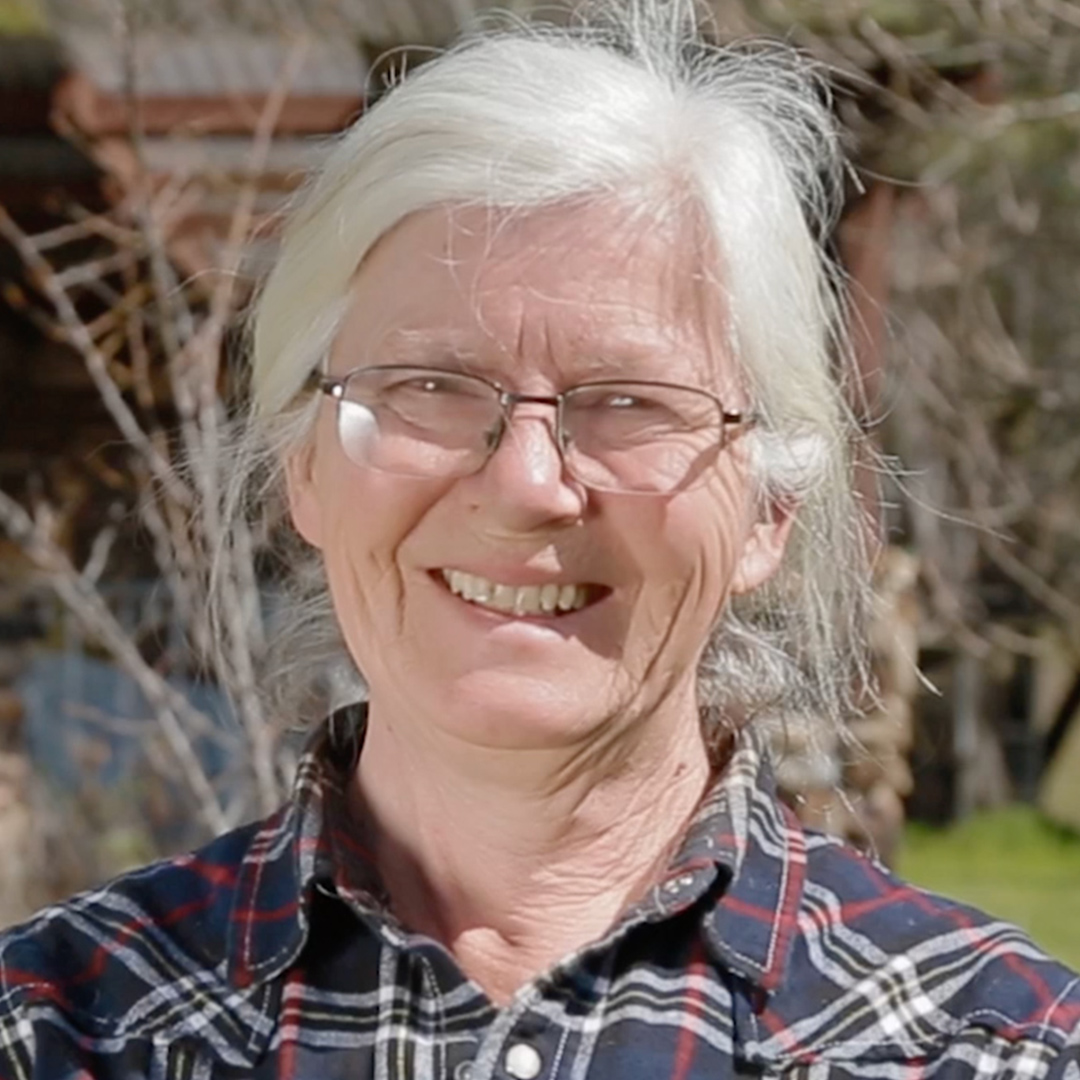 Nicki is growing a regenerative community at Hazelcombe Farm, with Dan and a cast of a thousand critters and characters!  She was one of the first female Honours Physicists at ANU and gained an Engineering Master’s Degree in fluid dynamics.

Nicki enjoyed a successful career at the ABC as a Senior Business Systems Analyst and co-founded a TV Production business.  In her spare time, Nicki helped guide strategic planning for a number of orgs,  including the Stock Exchange, AREC and the  State Department.

Now, Nicki is devoted to making the world a more beautiful place every day, starting with the lovely patch  at Hazelcombe Farm. 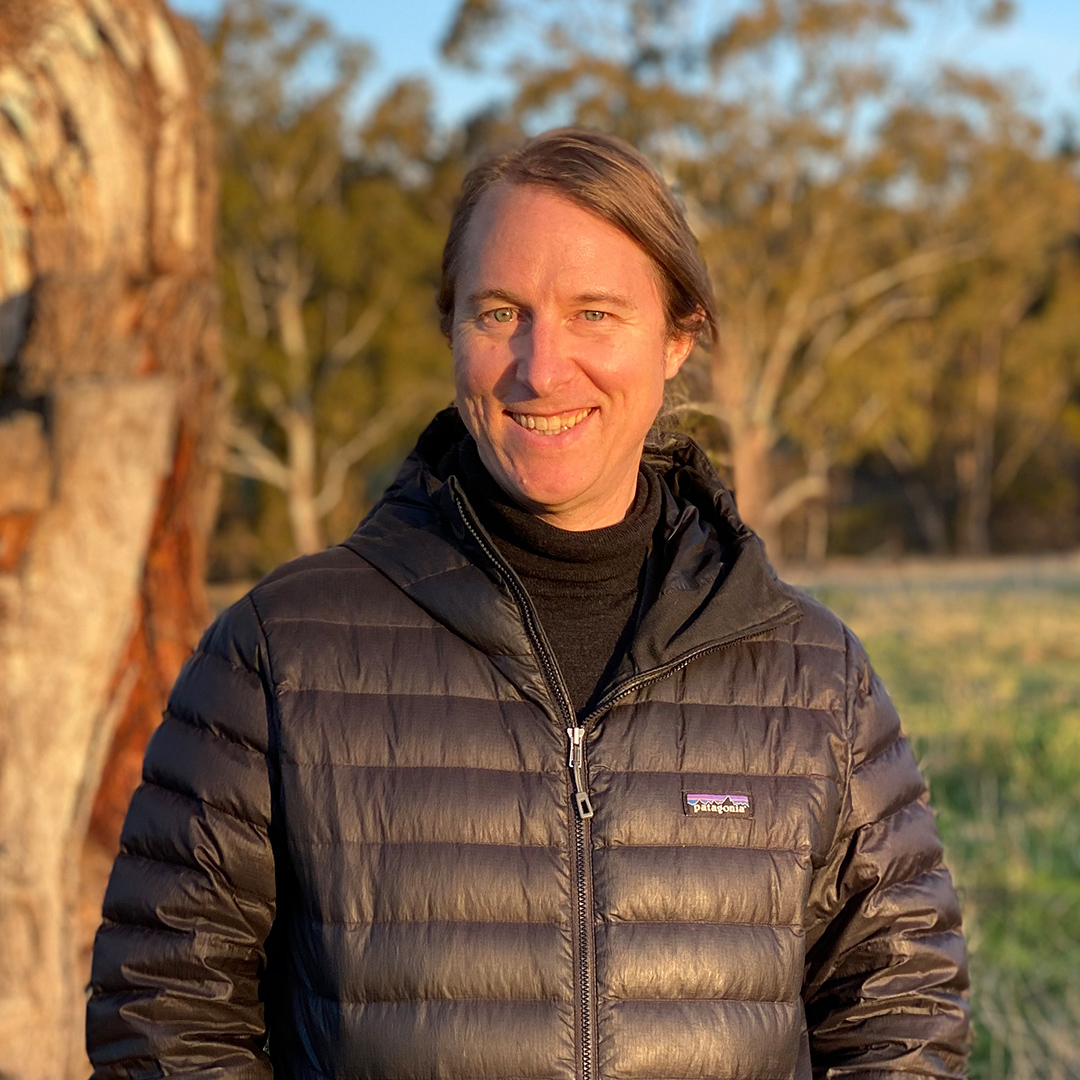 Pete is a Sydney-born media producer who makes positive stories for change. Pete has a Commerce degree but focusses  on media and communications to share knowledge and make a difference. He loves to show others how to find and make  their own stories, using simple tools and everyday tech. Growing up in a place of natural abundance, Pete is always ready to  step up and support environmental causes as well. 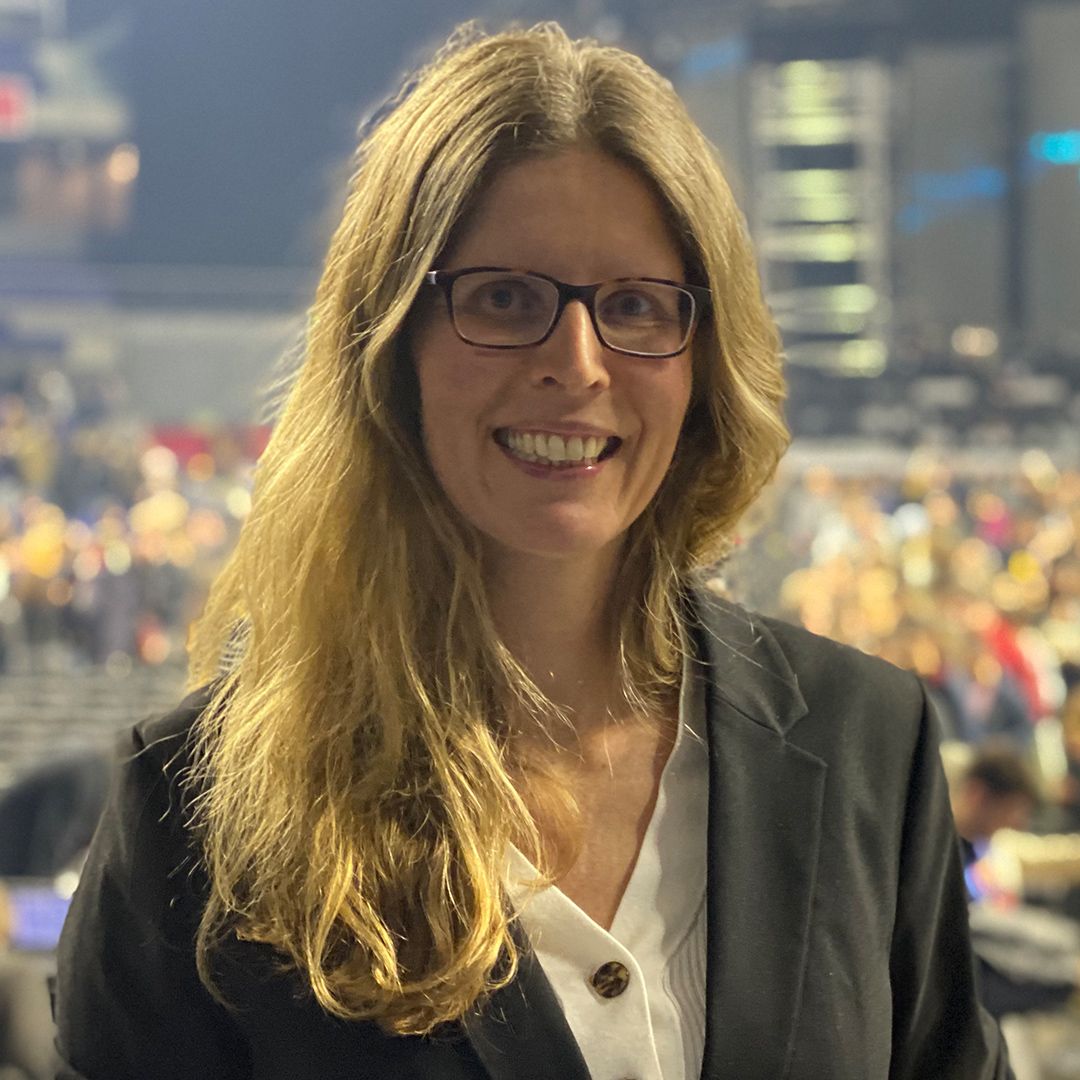 Please note that we will only send you relevant information on news, events, workshops and other Friendly Farms activities.  Your personal information will remain private and will not be passed onto any third parties. We will send you a personal  email to welcome you to the Friendly Farms Network and ask you how you would like to get involved. 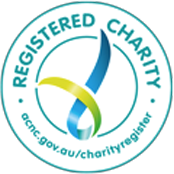 Become a paid subscriber to Friendly Farms on the Start Some Good platform.

Alternatively you can make a donation via bank transfer: 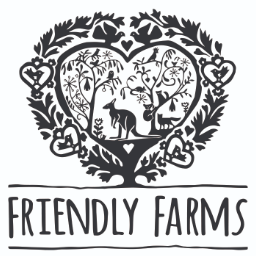 We acknowledge the Traditional Custodians of country throughout Australia and recognise their continuing connection to land, water and culture. We pay our respects to their Elders past, present and emerging.